Drove west off the Bonavista Peninsula and then north through the Terra Nova National Park, 270 km to Boyd’s Cove and its fascinating Beothuk Interpretation Centre. It was then another 40 km to Twillingate.

The Beothuk Interpretation Centre is a fabulous museum near the site of a Beothuk settlement that was visited by the Beothuk from as early as 800 AD until they actually occupied this safe site from 1650 until 1720. They had learned early on that the European fishermen were serious trouble and hid from them as much as they could for centuries. Dependent on fish, they were forced inland to hide, where they hunted caribou, and by the time they occupied this site, with an excellent beach and fresh water from Indian Brook there were only about 3 dozen in this group. When the fishermen left in the late fall the Beothuk would visit two of their vacated camps and collect whatever was useful, including iron objects like nails and fish hooks. This site also provided them with harbour seals, ground fish and migratory birds. 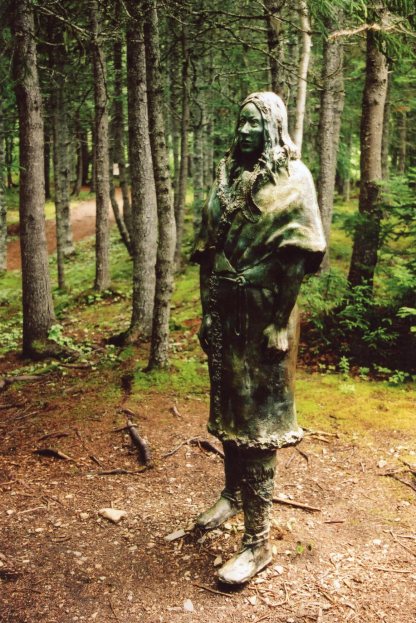 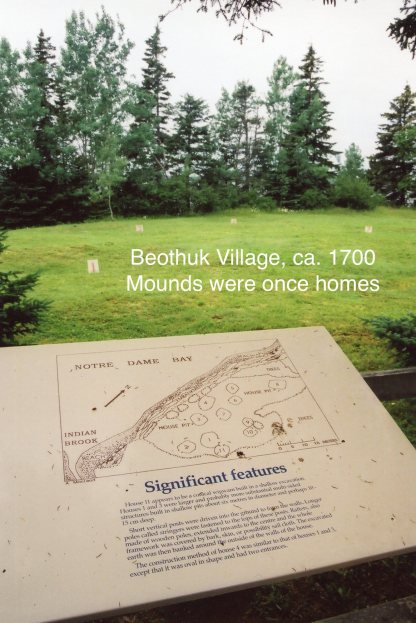 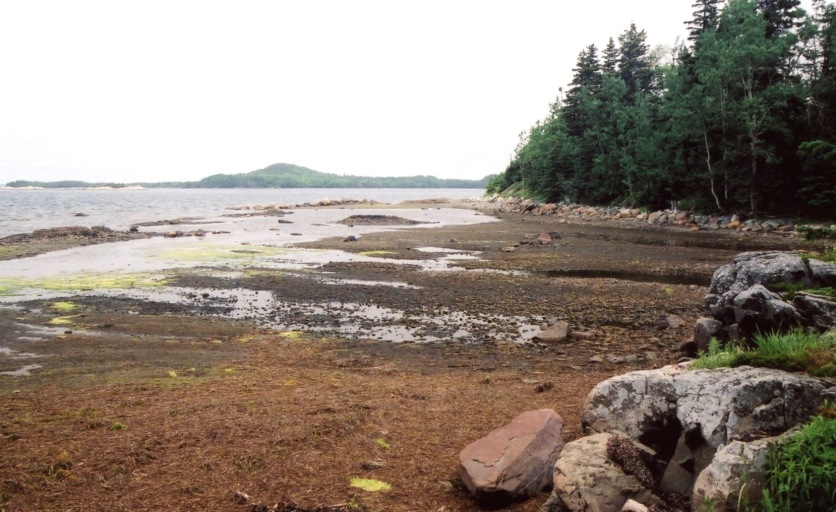 On the large, forested grounds here is a statue of Shawnadithit (1801-1829), the last Beothuk. She, her mother and sister, having endured many hardships from the surrounding British, presented themselves, the last survivors of their people and extremely sick, to a settler. They were taken and cared for in St. John’s where her mother and sister died of TB. She lived for a few more years before dying herself of TB on June 6, 1829, dying while staying in the household of a scots gentleman (a good man with an interest in her, now gone, people), who recorded whatever Shawnadithit could tell him about the Beothuk and made notes on her drawings.

The centre has many exhibits, some in full size displays, films and samples of items found on this site. The trails are also very lovely and peaceful.

Near Twillingate, in Durell,  we found and visited with Melvin Horwood, stylishly written up in the Globe and Mail by Julie Ovenall-Carter just before we flew from Toronto, because he regularly welcomes anyone who stops to photograph his small dock where his boats and fishing equipment, beautifully cared for, are displayed. At the end of the dock is a tiny souvenir museum.  Melvin used to have visitors kiss a cod but, due to the decline in the cod and the moratorium on the cod fishery, he was no longer permitted to fish cod, so Anita was encouraged to kiss a crab instead. She accepted, and Mr. Horwood hauled up a trap on a line by the dock, presenting it to her courteously. He was still doing this, white haired now, in 2016! Twillingate was beautiful. We drove out as far as we good to long point, where there is – guess what – an old lighthouse. 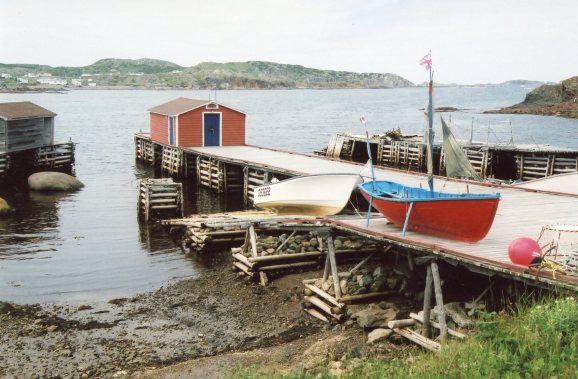 We stayed at Kelsie’s Inn. The next morning I rose before dawn to go for a walk down to the water and take some moody, glassy photos. Later we left for the long drive to the famous Gros Morne area on the west coast.

Travelbug Minstrel: Strum for my supper, croon for my cuppa Search for a sign, write for my whine View all posts by mytiturk